We are a Costa Rican company founded in 1952, in San José. We specialize in transforming 100% Costa Rican Cacao beans in top quality final products for industrial and intermediate use and final consumption.

Our experience lies in the manufacturing of top quality products, and we are oriented to providing excellent service and fulfilling our customers ‘and consumers ‘needs. All this, together with our true commitment with the environment, has allowed us to maintain our leadership in Costa Rica in the field of chocolate-based industrial products and to be present in the Central American and US markets.


Our company transforms 100% Costa Rican Cacao beans in final products of superior quality for industrial and intermediate use and final consumption.
We support the national agro-industry by using innocuous and environmentally friendly processes and we ensure service excellence in order to satisfy the needs of our customers and consumers in Central America, USA and the Caribbean.


We will be the leading company in Cacao bean transformation in Central America and we will continue to strengthen our leadership in Costa Rica and will diversify our proposal for mass consumption products. We will do this in a profitable, innocuous and innovative way, and by helping our people develop, caring for the environment and improving processes in accordance with the requirements of our customers and consumers in our current and potential markets. 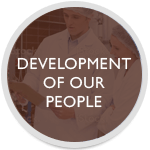 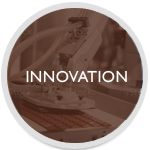 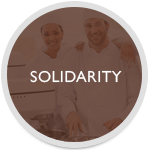 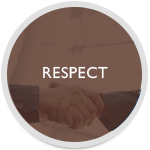 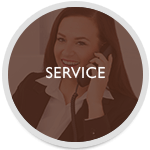 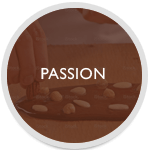 Before the 50´s, there was a time when it was hard to imagine the growth of the chocolate industry due to the lack of development and knowledge in this field. With the intention of changing this scene, a group of pioneering Costa Rican businessmen set the goal of industrializing the national production of the cacao bean and founded what today is known as Costa Rican Products Company S.A. in the year 1952.

The company started out with a cacao processing plant with only 18 employees. Ernesto Ruiz Avilés - one of the founders – owned only 20% of the company. It started with the manufacturing of products such as Cocoa powder, industrial chocolate coating and Cocoa butter, which was exported to Colombia and USA.

In 1966, due to difficulties with the cacao plantations, a strategic alliance was established with Pet Milk Inc., which was globally known for its Withman's chocolates. Six years later, the Ruiz family acquires the entire company.

Subsequently, it started its expansion towards the Central American Common Market, making use of the integration treaty in this region. This brought about significant growth, which made it necessary to move the production plant to a new place with greater capacity and more in line with the highest quality standards of that time. This allowed the development of a chocolate line for massive consumption, which in turn made it necessary to expand its Central American distribution network.

Always strengthening its entrepreneurial spirit and looking towards the future, the company continued to take very strong steps in order to assure the production and harvest of Cacao, thus creating an agricultural research and development project that would foster Marketing and drive an increase in the Cocoa production and, in this way, foster a strong agro-industry. For this reason, the DECASA Company (Desarrollo Cacaotero S.A.) was constituted, and this allowed them to be pioneers in the development of the Cacao´s agro-industry in Costa Rica.

By that time, Costa Rican Cocoa Products Co. S.A. was already a prestigious company and had a relevant position at both national and international levels, and - thanks to this - in 1977 Ernesto Ruiz Avilés travelled to Europe in order to do some research about different methods to make chocolate, and it was in Italy where he managed to sign a license agreement with Buitoni Perugina Candy Co., which would allow the company to produce and distribute the renowned Perugina brand.

Once again, production and sales volume increases significantly, which makes it necessary to make new investments in machinery and distribution fleet, and it is then when DIASA – Distribuidora Intercontinental de Alimentos S.A. - is born.

In those days, the company had already become a leader in Costa Rica and the rest of Central America, besides from having a high penetration in third markets and always keeping in mind the satisfaction of its customers and consumers with top quality products. 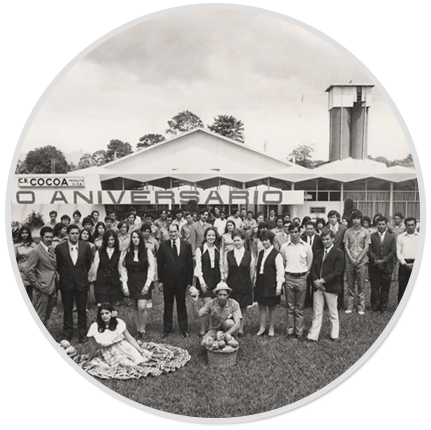 Nowadays, it is located in Curridabat, San José, and continues transforming 100% Costa Rican cacao beans, and keeping the farmers ‘support, counsel and development.

Its long business track record in the manufacturing of high quality products, its focus in providing excellent service and satisfying customers and consumers has allowed it to continue to be present in the Central American and U.S. markets and continue to be leaders in Costa Rica in chocolate-based industrial products.

One of the most significant characteristics of Costa Rican Cocoa Products Co. S.A., is that it keeps aiming at a continuous improvement in its processes, in accordance with global trends and in order to maintain the top quality of its products; as well as planning the building of its brands, which will allow ensuring the organization´s profitable growth and future with an honest commitment with service excellence, the environment´s care and development of its people.